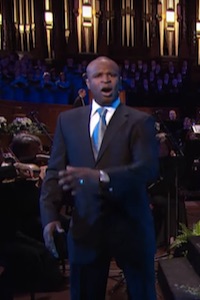 Alex Boyé is known for his dynamic African infused songs that have gained over 400 million views on YouTube, garnering him the title of YouTube’s Cover Artist of the Year in 2014. He was named the 2017 Rising Artist of the Year in a music contest sponsored by Pepsi and Hard Rock Café. As the grand prize winner, he will perform a half-time show for NFL's Monday Night Football in December 2017 in Miami.

Alex is an America’s Got Talent alumnus and has shared the stage with many notable artists, including Jay-Z, Tim McGraw, George Michael, Missy Elliott, Justin Timberlake, The Beach Boys and Olivia Newton John.

Born in London, raised by a Nigerian mother and naturalized as a U.S. citizen in 2012, Boyé’s musical journey began in 1995 when he formed and became the lead singer of the European boy band, Awesome. The band had a recording contract with Universal Records of Europe and three singles from their first album made top-10 charts all across Europe. In 1999, he left the band to pursue a solo career. In 2000 Boyé moved to Salt Lake City, Utah to pursue a career in Christian music.

Boyé appeared with the Mormon Tabernacle Choir numerous times on its Music & the Spoken Word broadcast and has been a soloist on several Choir CD recordings. He appeared with the Choir on several of its tours, most notably in 2015, where his Carnegie Hall performances were greeted with standing ovations.

Before earning fame as a solo artist, Boyé was a member of the Mormon Tabernacle Choir (2007-2014), where he honed many of the skills he considers crucial to his success. During his time with the Choir, he had the opportunity to perform solos for the spirituals “Rock-a My Soul in the Bosom of Abraham,” “Goin’ Home,” “I’m Runnin’ On,” and “I Want Jesus to Walk With Me,” which is perhaps his most well-known by Choir fans.

While performing with the Choir on their 2015 Atlantic States tour, Boyé said, “Being with the Choir has been something that I’ve very, very much needed. Sometimes with all of this stuff [TV appearances] you can get overwhelmed and think you’re someone special all of a sudden. But being with the Choir and singing songs of praise grounds you and makes you realize what the most important thing is.”

Check out these short interview videos from the 2015 tour:

Find more information about Alex Boyé on his website and watch his acclaimed musical  videos—many with multi-million views—on his YouTube channel.