The organist staff consists of 3 full-time and 2 part-time organists. Click on the picture to learn more about each organist. 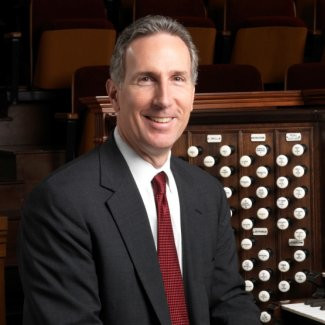 A native of Baltimore, Maryland, and former student at the Peabody Conservatory and the Catholic University of America, Richard Elliott earned a bachelor of music degree from the Curtis Institute in Philadelphia and master’s and doctoral degrees from the Eastman School of Music in Rochester, New York.

A former assistant organist for Philadelphia’s famed Wanamaker organ, he currently sits on the advisory boards for the Friends of the Wanamaker Organ and the Eccles Organ Festival at Salt Lake City’s Cathedral of the Madeleine. Prior to his appointment as Tabernacle organist in 1991, he was an assistant professor of organ at Brigham Young University. He and his wife, pianist Elizabeth Cox Ballantyne, are the parents of two sons. 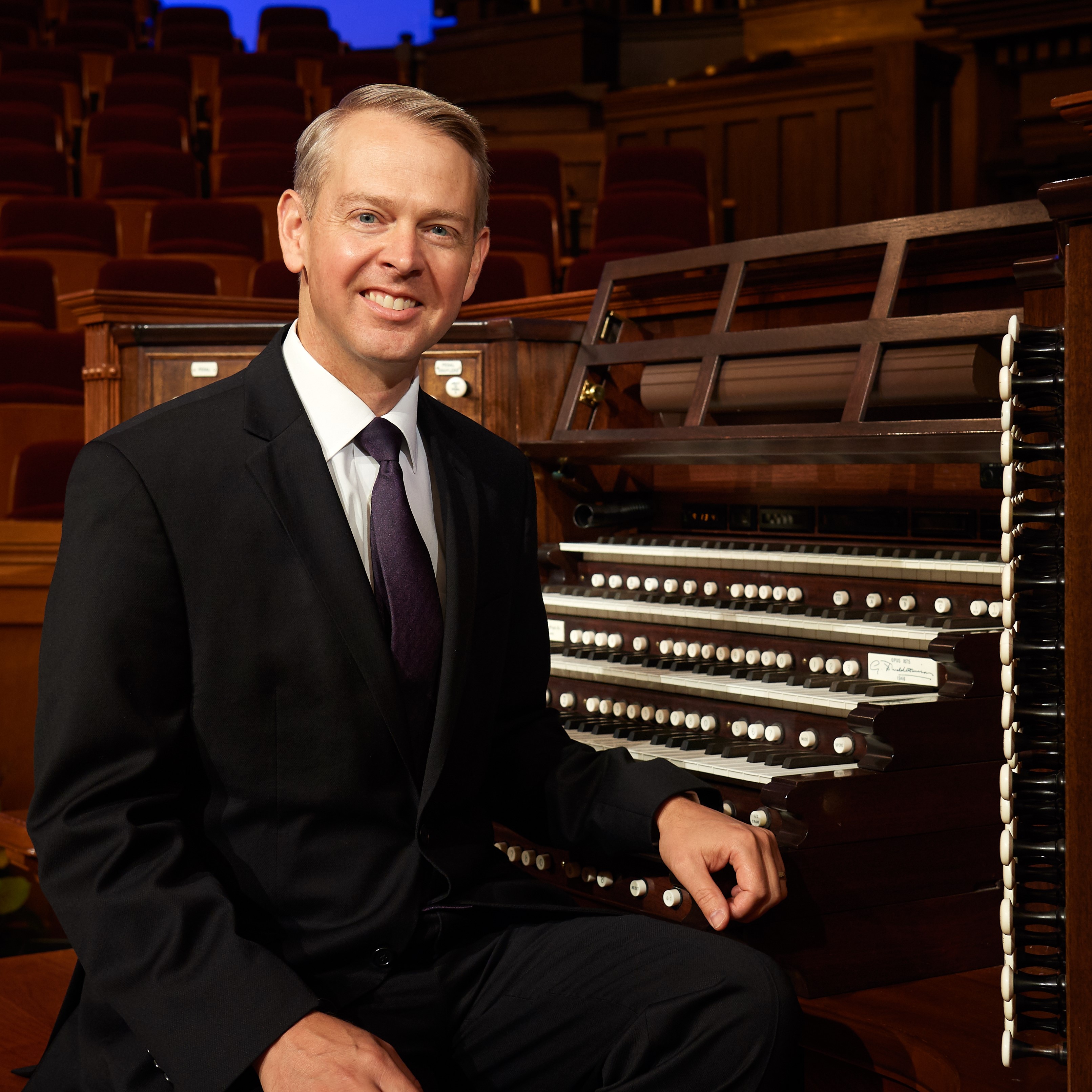 Andrew Unsworth, a Tabernacle organist since 2007, was raised in Potsdam, New York, in a family of musicians. He received a bachelor of music degree in organ performance and pedagogy from Brigham Young University and went on to receive master’s and doctoral degrees in historical performance practice from Duke University.

Prior to his appointment on Temple Square, he served as organist and assistant director of music at the Cathedral of the Madeleine in Salt Lake City and as assistant professor of music history and organ at Stephen F. Austin State University in Nacogdoches, Texas. He has performed throughout the United States and Europe as a soloist and accompanist, including recitals at regional and national conventions of the Organ Historical Society and American Guild of Organists. Dr. Unsworth holds the Associateship certificate from the American Guild of Organists, which also awarded him the S. Lewis Elmer Award. His solo organ recording, French and German Masterworks, is available on the Raven label.

He and his wife, Alison, are the parents of five children. 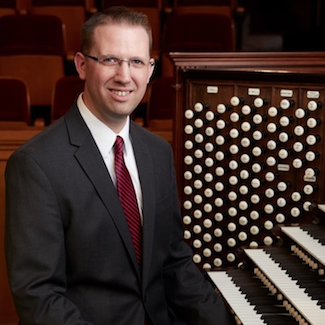 Prior to his appointment as a Tabernacle organist in January 2018, Dr. Brian Mathias served as an adjunct faculty member at Brigham Young University in Provo, Utah, and at Washburn University in Topeka, Kansas. He also served as Associate organist at Country Club Christian Church in Kansas City, Missouri. 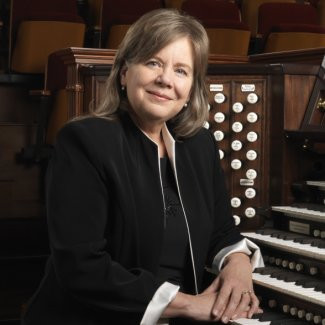 Linda Margetts has been a Temple Square organist since 1984 and brings an impressive list of accomplishments to her role as Tabernacle organist. She received both her bachelor’s and master’s degrees in organ performance from Brigham Young University and her PhD in music composition from the University of Utah. She has presented recitals throughout the United States and Canada as well as in such international venues as Vienna and Jerusalem.

As a Tabernacle organist, she performs with the Mormon Tabernacle Choir, Temple Square Chorale, and Bells on Temple Square and, along with her fellow organists, presents daily 30-minute organ recitals in the Tabernacle and Conference Center. She also teaches music theory in the 16-week Choir training school.

Dr. Margetts has been a member of the music faculty at Utah State University and is currently an organ instructor at the University of Utah. She has lectured at the Church Music Workshop at Brigham Young University and has held a number of key committee assignments as a fellow of the American Guild of Organists.

Linda Margetts and her husband, Bert, are the parents of six children. 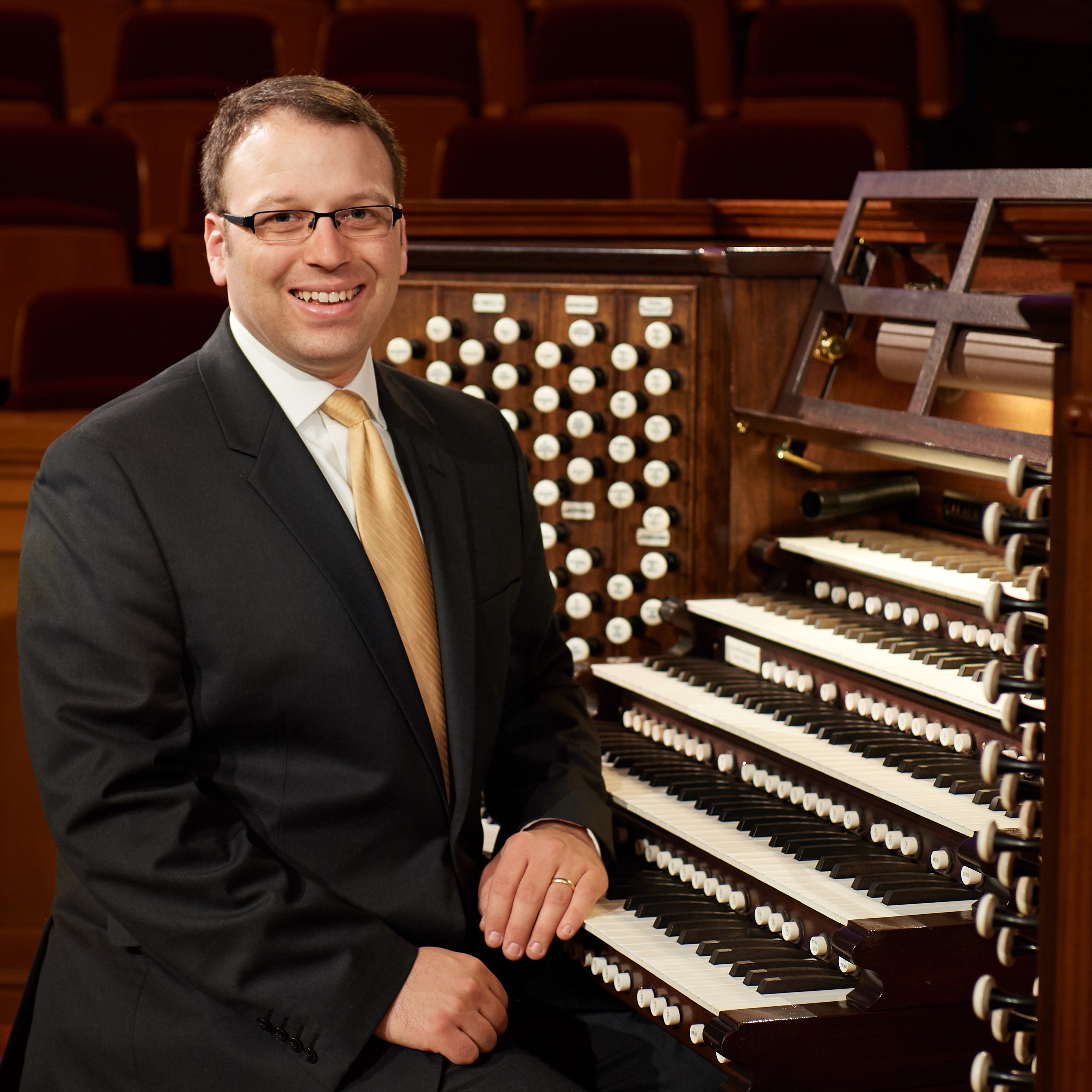 After a broad and thorough search of applicants that was announced through Church and media channels around the world, The Tabernacle Choir at Temple Square announced on Friday, April 12, 2019, that Joseph Peeples had been appointed as the newest Temple Square organist. Peeples joins a long line of distinguished musicians who have served as organists on Temple Square, continuing a tradition that stretches back to early pioneer days in Utah. He currently serves with three current full-time Tabernacle organists, Richard Elliott, Andrew Unsworth, and Brian Matthias, and one other part-time Temple Square organist, Linda Margetts.

Prior to his appointment, Peeples was the university organist at California Lutheran University in Thousand Oaks, California, where he taught courses in applied organ, keyboard harmony, and music appreciation courses. He gave monthly faculty recitals in Samuelson Chapel on the Thousand Oaks campus. Peeples also served as the organist at First United Methodist Church in Santa Barbara, where he accompanied the Chancel Choir. He was previously the organist of Speedway Christian Church (Disciples of Christ) in Speedway, Indiana, and accompanied the nationally recognized collegiate choirs of Brigham Young University. He received his master’s degree in organ performance from Brigham Young University (BYU). While at BYU, he studied organ with Don Cook and Douglas Bush, conducting with Rosalind Hall, and carillon with Don Cook. He has completed coursework for a doctorate at Indiana University Jacobs School of Music, where he studied organ with Janette Fishell, Christopher Young, and Bruce Neswick. Peeples is on the faculty for the annual Brigham Young University Organ Workshop and through the years has taught a wide variety of courses in music theory and musicianship at Pepperdine University, Indiana University Jacobs School of Music, and Brigham Young University.